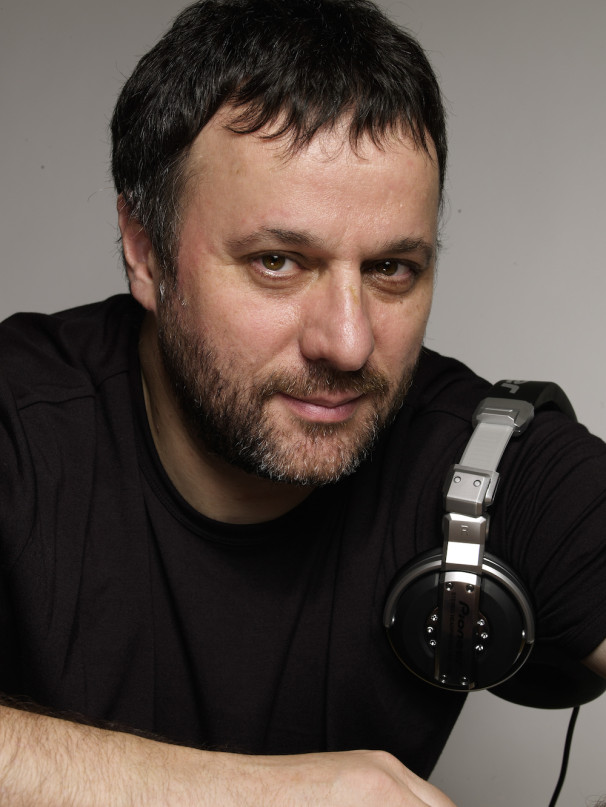 Francois K is a French-born DJ, producer and engineer living in NYC since 1975. His career began in clubs such as Experiment 4 and New York New York when he was given his first DJing opportunity by John “Jellbean” Benitez. He soon started discovering studio editing and mixing and landed an A&R job at seminal disco label Prelude Records, where he was responsible for the 7” single version of hits such as Musique’s "Push Push In The Bush," D Train’s “Keep On”, “Body Music” by The Strikers and more.

He started expanding his DJing around NYC spinning at legendary clubs such as Studio 54, Better Days, The Loft, AM/PM, Zanzibar, and Paradise Garage, filling in for resident Garage jock Larry Levan. He also started collaborating with Levan on studio work, and soon became so busy behind the console that he stopped DJing in 1983.

By the mid-eighties, François had become an in-demand top remixer and producer on both sides of the Atlantic. He quit Prelude in 1982 and started Axis Productions, working with many new wave acts such as Yazoo and Wide Boy Awake, as well as U2, Kraftwerk, Thomas Dolby, The Cure, Eurythmics, Ashford and Simpson, Mick Jagger, Diana Ross, Dinosaur L, and many others. He has as well mixed albums for Rebecca (Japan), Depeche Mode (Violator!) and Erasure.

In the early 90s he returned to DJing , playing in New York City at The Sound Factory Bar, House Nation, Roxy, Vinyl and Twilo, but also in the UK at Ministry of Sound, The End, Bar Rhumba, Back To Basics, The Blue Note and Hard Times, in Italy at Angels Of Love, Cocorico and Red Zone, and in Japan at Club Yellow, Gold, Precious Hall, Red Hot, and various clubs. In 1996 he founded the Sunday afternoon party Body & SOUL with business partner John Davis and fellow DJs with DJ's Joe Claussell and Danny Krivit, which stopped being a weekly event in 2002 but is still has 4-5 yearly events in NYC as well as events worldwide. Body & SOUL has established a faithful eclectic following and has expanded from the US to several events per year in Japan, and events in London, Lyon (France), Paris, Lisbon, Madrid, Toronto, Italy, Croatia, Rio, the US West Coast, and at the end of 2011 released a 15 Year Anniversary compilation on Ministry of Sound.

In 1994, François established Wave Music a fully independent record label on which he has released an eclectic catalog of over 200 records comprising a number of his own productions as well as records from Eric Kupper, Blue 6, Abstract Truth, the Body & SOUL and Deep and Sexy series and many more.

Through the 90’s and to this day François is still very much in demand as a remixer, having remixed the likes of Cesaria Evora, Ame Strong, Talvin Singh, Underworld, Juan Atkins, Atmosfear, B 52’s, Gloria Estefan, Big Muff, Moloko, Finley Quaye and others.

In 2003 he started another weekly residency which is still running: Deep Space, a night based on the concept of dub, abstract grooves and spacy vibes every Monday night at Club Cielo. The year 2008 saw the release of Mastepiece, an epic 3-CD mixed compilation on Ministry of Sound, a continuous mix for Rockstar video game GTA IV, the birth of his DJ booking agency, ‘Forward Management’, founded with partner Aurélie Brambilla-Cotugno and representing himself as well as Juan Atkins, Roberto Bosco, Greg Wilson (in the US) and DJ Pierre. In recent years François has focused on his international DJ touring at clubs and festivals. His latest endeavor is a surround sound listening set, which he has pioneered at Burning Man 2011, and presented at an Adidas event in London in the summer of 2012. And the journey continues….