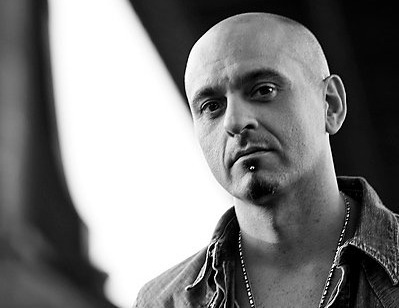 Victor Calderone, world-renowned DJ and Club World magazine’s “Best Resident DJ” for his residency at New York’s Pacha, has heard it all. When you’re in the business as long as he is (20 years and counting), you understandably develop niches and certain trademark sounds that you’re known for. Fair enough. But name one DJ that’s survived and thrived for that long resting on the same sound over and over. Victor Calderone has long earned his bona fides among deejays as a sonic innovator in house, techno and tribal music. His sets draw thousands of people. His mixes listened to all over the world. For Calderone, it boils down to one word that acts as both his brand, mantra and raison d’etre: EVOLVE.

As a 15-year-old in Bensonhurst, Brooklyn, Calderone quickly became obsessed with his older brother’s DJ equipment, spending virtually every day on his turntables and every dollar on records. A frequent patron at classic nightspots Funhouse and Paradise Garage, Calderone’s Program Two was signed by Sire Records in 1991 and released one album before an self-imposed extended hiatus from music. In 1996, he returned to the music scene and quickly became one of dance music’s top producers and live deejays, releasing a steady string of original productions and remixes. But now it’s time for the next chapter.

“I feel like I’ve been through a few reincarnations,” he says laughing, from his home studio in Brooklyn. “Some people only know me for my past work with pop artists or productions I did years ago. I’m still proud of that, but I’ve always tried, both in the studio and deejaying live, to keep moving forward. I’ve had a lot of people come up to me after they hear me spin now and go, ‘Wow. I did not expect that.’”

What they “didn’t expect” is Calderone’s deft chameleonic ability to weave in, around and between myriad genres while always keeping the crowd energetic and anticipatory for the next record. As Calderone puts it: “I went from playing these remixes I was doing for Sting and Madonna to playing hard tribal to the more minimal and techno stuff. Techno goes deep in my roots, but I still love house and tribal and being versatile is what makes a unique deejay.”

It’s this melding of styles that can be found on Manipulating Waveforms, Calderone’s hour-long podcasts available for free on VictorCalderone.com. Sure, we all know it’s a fool’s errand to try and capture the deejay’s constantly shifting, marathon sets in 60 or so minutes, but each volume does encapsulate the varied sounds Calderone has been spinning for years, moving more like a live set than the traditional compilation album. “I try not to spend too much time on it, but there is an organic feeling to these mixes that has a flow and isn’t so exact and mechanical,” says the deejay. “I try to have those peaks and valleys so it has a little bit of a story to it and more of a club feel.”

After a long string of successful albums and singles, Calderone established his Evolve brand in 2005 as a way to coalesce his numerous residencies around the world, including Montreal, Tel Aviv, Bulgaria, and a monthly residency at New York’s Pacha. With the Evolve brand now taking off globally, clubgoers have quickly begun to equate the word with joy-inducing, risk-taking sets that shatter musical boundaries and the conventions of what a DJ set “should” be.